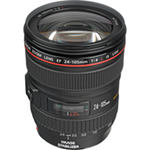 One question I get a lot is, “Which lens should I use to…”

I’m no expert but I am a life long student. So, in this post I’ll cover the basics and give you links to great tools for choosing the right lens. And, even though we’ll start with the basics, things can get interesting pretty quickly.

Here’s what I mean.

Let’s start with Field of View

Wide angle lenses are called that because they include a wide field of view or FOV. If you leave the camera in a fixed position and change from a 100mm lens to a 10mm lens the picture you see will be a wider shot of the subject.

Duh, I know this is very basic but stick with me a little bit more.

If you look at your shot and feel that there’s too much in the picture, you can either move the camera closer to the subject or change lenses for a tighter shot. If you’re shooting stills you can crop your images to tighten them up or reframe so they tend to shoot a little wider to be safe.

But, in general, there is no cropping or reframing in video.

If you want to crop and reframe in video you’ll need to shoot 1080 clips and edit on a 720 timeline. Depending on your intended distribution format, you may want to shoot “action safe”. That means shooting wide enough to keep the action away from the edges of the frame.

A great resource for getting a better grasp of the subject of basic lens function is Understanding Camera Lenses. This article includes a very cool calculator. You enter the distance to the subject, the size of the subject and chose a sensor size. It will show you the focal length of the lens you’ll need to get the shot.

Different focal length lenses not only have different FOVs, the feel of the image they produce is different as well. 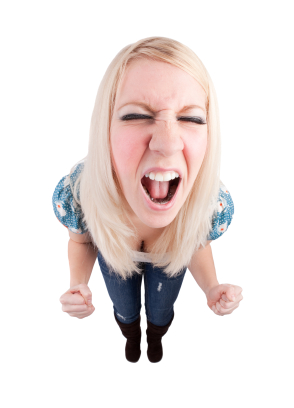 Shoot a close up of a beautiful actress with an extreme wide angle lens and you may be looking for another job soon. Skylines and landscapes, on the other hand, usually look better with a wide angle lens as it opens the perspective up.

Telephoto lenses flatten perspective. Your beautiful actress may not be too happy with that result either. But if you’re shooting a person walking on a busy street a telephoto lens will make them look lost in the crowd.

Most portrait photographers like an 85mm lens because it treats the human face so well. And a 35mm lens is used for basic photography courses because it’s close to what the human eye sees.

So, besides thinking about the distance to your subject and the FOV you want, your choice of lenses starts to include thinking about the perspective you want to show your audience. We’re still talking about the basics, but now we’re moving into pro territory and working on production value.

To get the same shot using the 85mm lens on a GH2 as on the 5D you’ll have to change the distance between the camera and the subject.

Here’s a link to an online calculator at Abel Cine Tech where you can dial in the focal length on various sensors and see how sensor size affects FOV – http://www.abelcine.com/fov/. You won’t see all the effects of wide angle or telephoto lenses but you can see how the crop factor works. And all images in the calculator are formatted as 16×9 so it’s great for video.

The crop factor of a smaller sensor has the same effect on the FOV as increasing the focal length. But… it does not change the effects of the lens on the image.

Now you see why keeping this discussion “basic” can still make things complex?

Most people shooting video with a DSLR want a film-like image. One of the factors in getting this image is controlling the depth of focus or DOF. And the two factors that influence DOF most are the lens aperture (or f-stop) and sensor size.

Decreasing the sensor size has the same effect as increasing the f-stop. Doing either will increase the DOF giving your shot a wider area in focus and reducing the softness of the rest of the image.

While you may believe you want the razor sharp DOF of a Canon 5D Mark II with an f/1.2 prime lens, the truth is that you’ll lose focus so quickly that any movement by the subject will throw them out of focus.

On the other hand, shooting at high noon with the Panasonic GH2 and a lens set at f/16 will make almost everything in focus. This is why you’ll need to carry ND filters to shoot in daylight outside so you can get the f-stop back to a more workable range.

Most films are shot with an f-stop between 3.5 and 5.6. So, if you want a film-like image that is a good range to work in. Also, most lenses are not at their sharpest fully wide open. Inexpensive lenses often look much sharper closed down a couple of stops.

But the most important thing to consider about exposure is the effect of the image on the audience. Where do you want them to focus? What’s the right perspective to bring them into the shot completely? 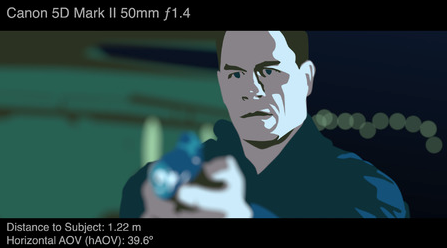 Stu over at Prolost.com has created a couple of posts with a great series of stills that show the effects on DOF of various lenses, sensors and f-stops. He’s made it so the FOV is constant in all the shots so you can quickly see how the other factors change the feel of the shot. Here’s the main article http://prolost.com/blog/2011/1/9/the-shot-you-can-make.html. And here’s a follow up article with a link to more photos http://prolost.com/blog/2011/1/14/the-shot-you-can-make-gallery.html.

Okay, what about shutter speed and ISO

Still photographers have two other factors in the equation of choosing their lens. They can keep the exposure where they want it for DOF and adjust shutter speed to get a good shot and they can change the ISO of the camera.

While you can play around with different shutter speeds on a DSLR when shooting video, in general the shutter needs to be set twice as fast as the video frame rate. If your subject and camera are not moving – like shooting a landscape – you can drop the shutter speed and get more light into the shot. But if anything moves you’ll get motion blurring.

As for changing ISO, video seems to have a much more limited ISO range than stills. And, depending on your camera, you may not be able to dial in the ISO in small increments. A Canon T2i jumps ISO from 100 to 200 to 400 to 800 with no choice of anything in between. Those are big jumps when all you need is a bit more light hitting the shot.

Generally for video you’ll want to keep ISO at 400 or less to keep the noise out of your image. You’ll want to learn how to use shutter speed and ISO to help get great stills but don’t count on them when you’re shooting video.

The lens creates the image, the camera just records it

Professionals look at all these factors and choose their lens based on the effect they want the shot to create.

Read that last part again… that bit about “the effect they want the shot to create.”

Most of us are doing great when we can get a shot that is well lit, in focus and correctly framed. For a pro, it’s as more about what they want the audience to perceive and feel rather than just getting a decent shot.

When you read Stu’s post at Prolost.com, you’ll see that he has taken a shot from a film he did not shoot as the basis of his lens series. I was struck that he could deduce the lens and the camera just by looking at the still of the shot. That’s what a pro can do.

Take your shot composition and production value to a higher level. Go beyond getting a decent shot and choose your lens to move your audience deliberately where you want them to go.

Leave a comment below and let me know your experiences, favorite links or tools for choosing lenses.