First Place – Best of Me

Just came across this great music video from a new band called First Place. It was shot and edited by a Rosie Collins, a professional freelance photographer and video producer based in Soho.

I like the feel of the music and the positive message of the song. The more I found out about the band the more interested I got in the project. I connected with Rosie and got more info on the production.

DSLRHD.com – How did you get into this?

R.C. – As it seems with many people these days, I come from a photography background and so using an HDSLR like the Canon 7D makes a lot of sense when shooting video. 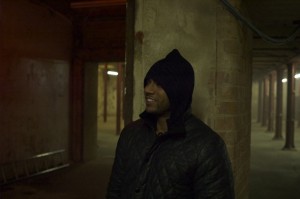 I’d already shot the band’s promotional photos the week before, so being comfortable with each other meant our one-day video shoot went a lot more smoothly. We’d decided on a low-key look for the video and I found a great space in central London, in a huge disused underground warehouse.

As this is their first video together as a band, we decided a purely performance-based shoot would work best.

DSLRHD.com – It looks like a great place to shoot, any issues with the location?

R.C. – The space was great but spending a whole day shooting there we discovered it was teeth-chatteringly cold and pretty damp, meaning I had to be really careful with my lenses as they kept collecting condensation. And, while it wasn’t freezing in there, I had to keep an eye on battery life, too.

The band themselves were getting pretty chilly as well. We used a smoke machine to fill the main space but all the breath you see coming from their mouths is a result of the painfully cold air. 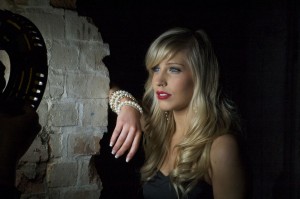 DSLRHD.com – From the BTS photos I see you’re using a RingLite on the 7D. It’s a great look – How did that work for you?

R.C. – Using the Lite Panels RingLite while the camera was mounted on the RedRock micro turned out to be very easy – just requiring a little re-balancing. It freed me up physically to move with the performers.

DSLRHD.com – What other lights did you use? 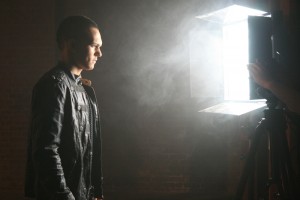 R.C. – The rest of the video was lit with 6-bank KinoFlos, as they have such a lovely wrap-around soft light.

We also used a couple of 500w fresnels as backlights in the group shots through the smoke and as a spot coming through the doorway for the silhouette solos.

They put out enough heat that we huddled around them during breaks in filming to warm up everyone’s hands!

DSLRHD.com – What camera and lenses did you use? 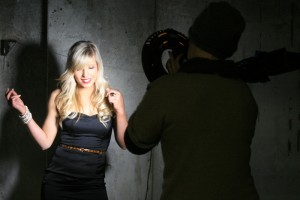 Using a Novoflex adaptor means I can use my good glass that usually goes on my Nikon D3.

Most of the video was shot at iso 640, and 25fps with everything converted to ProRes 422 for editing in FCP. I can’t see a discernible difference between the 422 and 422HQ formats, apart from the larger file size.

DSLRHD.com – What grading was done on the images?

R.C. – Grading-wise, we mainly used the FCP 3-way colour corrector, some RGB balancing, sharpening and boosted the contrast, along with warming up the whole video, having shot a fairly flat image in-camera.

I’m always inspired when I see people accessing this amazing DSLR technology to produce and ship creative projects. I hope you find a bit of inspiration in this post to take another step toward bringing your dreams into reality.

For more info on First Place go to http://www.firstplacetheband.com